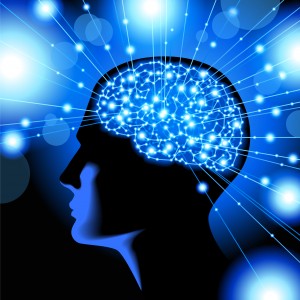 What is a habit? The dictionary definition is: “A settled or regular tendency or practice, especially one that is hard to give up.”

I have written about habits in several posts, including The Keys To Live Happy, and 20 Habits of Highly Successful People, and have recently been asked how long it takes to turn a behavior into a habit. I’ve also talked about how the subconscious mind is like a child who likes games and is very eager to please our conscious mind. But like any child it takes repetition and sustained effort to teach a child the important reasons for developing a habit.

With the discussion of quantum physics and how important developing good habits can affect our lives and the lives of others it becomes important to know how long it takes to develop habits.

To answer this question accurately, with scientific studies to back the information, I found the following:

Back in the 1950s a Plastic Surgeon by the name of Maxwell Maltz became interested in, and conducted studies on how long it took his patients to develop new behaviors. He concluded it took “a minimum of about 21 days” for some behaviors to change. In 1960 he published a book entitled “Psycho-Cybernetics”, then recorded it on cassette tape. As of the year 2000, the book had sold more than 30 million copies world-wide and is instrumental in the lives of some of the greatest leaders since that time. It is also used by many “self-help” authors and speakers. I acquired the audio book back in 1977 and have it in my library today.

The problem with Dr. Maltz’s use of “a minimum of about 21 days” is that some behaviors take much longer to become habit. On July 19, 2009, Phillippa Lally and her research team published a study in the European Journal of Social Psychology entitled: “How are habits formed: Modelling habit formation in the real world”. The summary of this study shows that it took 18 to 254 days for 95% of the study group to turn a behavior into a habit.

The conclusion for me is very simple – it takes at least 18 days of consistent repetition and can take as long as a year to repeat a behavior before it may become a habit. The reason that this is very important for you understand is because if you have heard a famous “self-help” professional say it only takes 21 days to turn a behavior into a habit, then discover after more than 30 days you are still working hard to repeat the behavior (meaning it is not yet habit) it is because it may take up to a year to make some behaviors become habits.

This is the reason many people with addictions have such difficulty changing their self-destructive behaviors. I have an acquaintance who has struggled with his addictions and has been in a rehabilitation program multiple times. Each time was only 30 days, so when he leaves the group for a few weeks he falls back into the old habits with the false belief he can “handle his addiction” on his own. If he can finally understand that it may take up to a year or more to truly change his behavior, and work with a support system around him at all times until the behavior truly changes, he may have greater success in changing the behavior permanently.

I have also watched many people with a New Year’s resolution to go to the gym three times a week. They start off being consistent only to fall off after the second or third month because life just gets in the way. Again, it may take several months to make going to the gym a habit – not just 30 days or two months. I can tell you that for me the 20 minutes of exercise almost every day has been life-changing, and a habit I will never give up.

Take heart, that you may have had to struggle with turning some behaviors into habit. Now that you know the myth is 21 days to make it a habit – you just have to keep consciously pushing yourself until your subconscious finally takes over and the behavior miraculously become a habit.